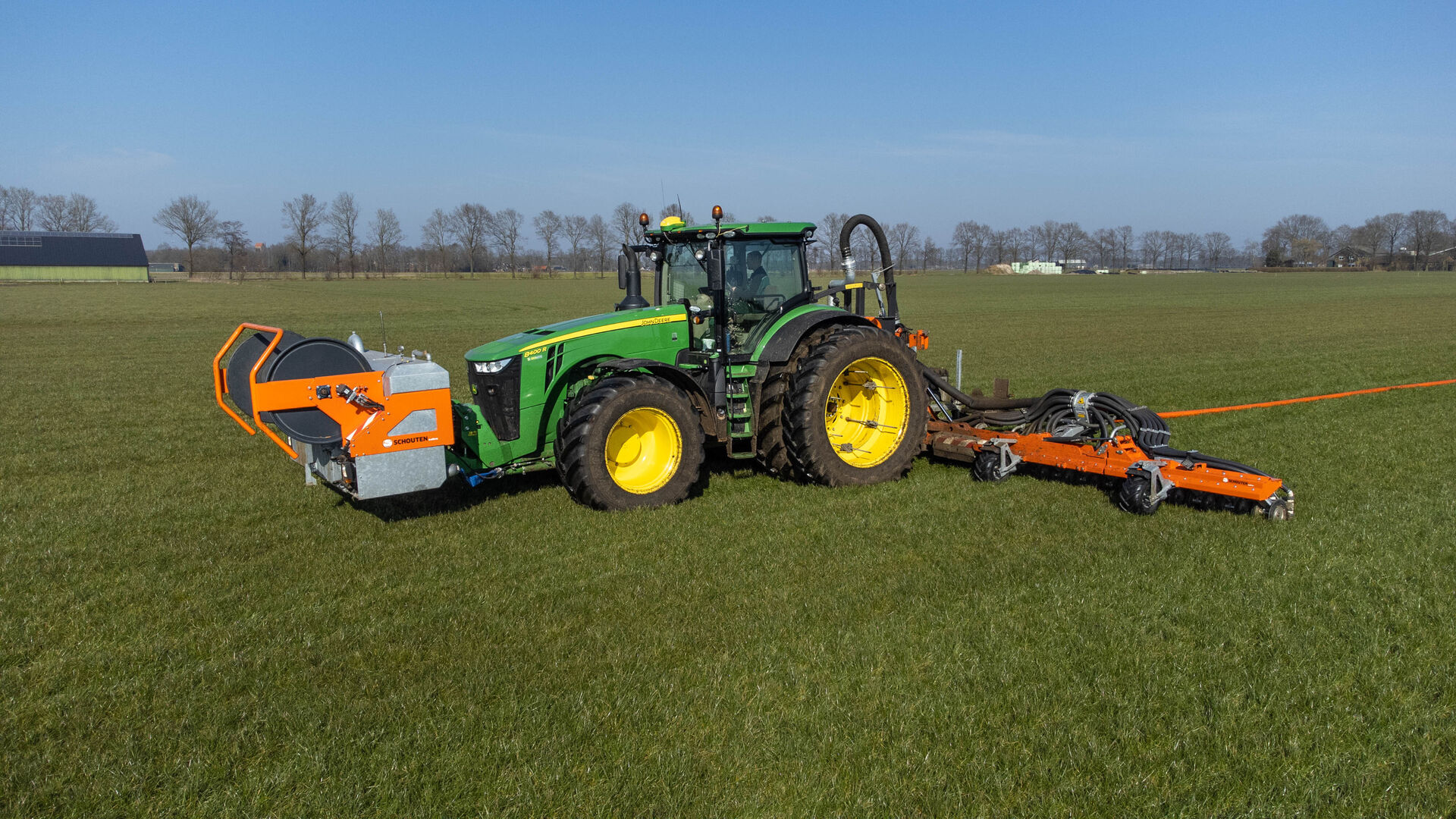 Schouten Machines started in1971 as a sole trader. The activities then mainly consist of repairing tractors and all kinds of agricultural, horticultural and forestry machines. The company has been growing steadily over the years.

Expansion of work area
Ridder ditches and haulers are added to the sales assortment in 1984. Schouten Machines thus serves the national market. The developments do not stand still. Among other things, the development of the rotary mower leads to major sales successes throughout Europe.

Sleep hose system
A completely new method of spreading manure was devised in 1998; "the drag hose system". A towing hose injector directly connected to the tractor drags the laid out hose behind it. The injector is fed by a pump unit and in this way a continuous system with unprecedented capacity is created. Schouten Machines is the market leader in sleep hose systems.

Takeover STH
In the year 2000 the production and sale of the well-known STH products from Schepers Techniek in Hoogeveen is taken over by Schouten Machines. The Quickfeed feed dosing wagon is introduced four years later, entering the "animal feeding" market segment for the first time. In this year it is decided to automate the production process more and more. Investments are made in a complete welding robot with a manipulator. Complete machine frames can be mounted on this robot, which has a size of approximately 9000 x 3000 mm, and can be welded by the robot in one clamp.

New corporate identity
In connection with the 40th anniversary of the company in 2011, it is decided to develop a completely new house style and brand name. All machines are available in orange and gray and the Ridder and STH machines now also carry the SCHOUTEN brand name. Since then, various new products have seen the light and existing products are constantly being developed further. Schouten machines works from a solid organization. That makes Schouten a reliable partner.